The Raritan Valley YMCA was founded in New Brunswick, NJ in 1867 and incorporated in 1871. Demographic shifts saw the establishment of branches in Piscataway and East Brunswick in 1969. With modest funds, the Piscataway Branch built a swim club and the East Brunswick branch purchased and renovated a Grange Hall at 206 Dunhams Corner Road.

During the 1970’s the East Brunswick branch grew with aggressive programming, especially nursery school, basketball and aerobics. At the same time, the Piscataway branch experienced the difficulties of running a seasonal program and the New Brunswick facility was subject to the problems of inner city YMCAs. In 1982, the New Brunswick and Piscataway sites were closed and later sold. Corporate headquarters and all programming were consolidated at the East Brunswick location.

In the mid 80’s, urged by the United Way to re-evaluate its program priorities, the YMCA began a modest child care effort built around Day Camp, Nursery School, and a newly started Latchkey Program. The YMCA also began a major financial assistance program supporting 20% to 30% of its clients with funds provided by United Way, State contracts, and an Agency Annual Campaign. The successful results indicated that the Y had found and met a great need in the community. All non-child care programs were phased out of the East Brunswick facility and child care satellite operations were instituted in Monroe, Milltown and South River. 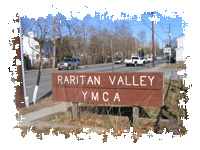 Throughout the balance of the 1980’s the YMCA maintained its program focus exclusively on child care. By 1989/90 other child care programs sponsored by private entities, townships, and others, had been developed that began to offer families alternatives to the YMCA. By the end of 1990, the dramatic growth in child care previously experienced by the Y had stabilized. The YMCA had approximately 500 youth members, however, a large percent of financial assistance plus lack of adult and family membership support began to make a negative financial impact on the YMCA.

In 1991 the YMCA Board of Directors again re-evaluated its program priorities and began an effort to broaden the Y’s program base and increase its service capabilities. Under new leadership in 1992, non child care programs were introduced. Facility hours were expanded and membership activities were offered in an effort to re-instate the YMCA as a community service organization as well as a provider of quality, affordable child care. 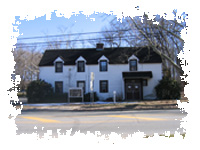 In 1994 the YMCA established a Long Range Plan to guide it through the balance of the 90’s. Specific areas targeted in the plan included the establishment of financial stability, development of successful annual giving campaigns, more effective collaboration with other community agencies, the increase of the YMCA’s volunteer base and the expansion of program services through outreach and facility expansion. The Raritan Valley YMCA continued to offer full and half day Pre-School Child Care, Before and After School Child Care, Summer Day Camp, School Holiday and Vacation Week Child Care. Child Care sites included the YMCA main facility in East Brunswick and Warnsdorfer School, East Brunswick. Dozens of non-child care programs for youth, adult and families such as youth sports, Pre-School Gym, Adult Fitness, Martial Arts and more were also introduced. 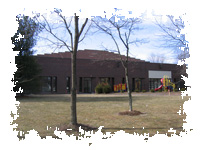 Membership in the YMCA has increased to over 2,500 adults, youth and family groups and participation in Y sponsored membership activities has experienced significant growth. The YMCA has established collaborative efforts to deliver needed programs with several area organizations and agencies including East Brunswick Alliance for the Prevention of Drug and Alcohol Abuse, AHA NJ chapter, MDA, Delaware Raritan Girl Scout Council, and the Board of Education in East Brunswick, North Brunswick, Monroe, Old Bridge, South River, and Sayreville. 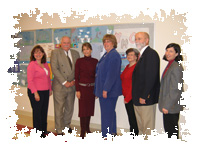 On January 28, 2003, the Raritan Valley YMCA purchased the former Center for Professional Advancement at 144 Tices Lane in East Brunswick. A committee of dedicated volunteers worked to develop plans to convert and expand their purchase into a full facility YMCA. With a grant from the Casino Reinvestment Development Authority and $1.425 million from the sale of the YMCA property on Dunhams Corner Road, construction began in the Fall of 2005. Phase 1 construction included renovation of the 26,000 square foot existing building into a day care, fitness and program center including multi-purpose space and classrooms are designed to provide typical YMCA youth and family programs; instructional sports; fitness and exercise; arts and humanities classes and meeting space. During construction of phase 1 at 144 Tices Lane, the YMCA temporarily relocated to quarters at the former St. Mary's Catholic School in South River. Summer Camp activities in 2005 were also relocated, to Village Swim Club in East Brunswick. Phase 2 included a state-of-the-art fitness center and was completed in August, 2006.

To date the YMCA has continued to grow and offer residents of 13 communities programming including Health and Wellness Programs, Preschool and Kindergarten and an After School program. The YMCA's day camp, Camp Yomeca, received its American Camp Acreditation in 2009. Additionally the YMCA installed an above ground teaching pool for seasonal use that opened in the summer of 2011, allowing the YMCA to serve more families in the area of aquatics.